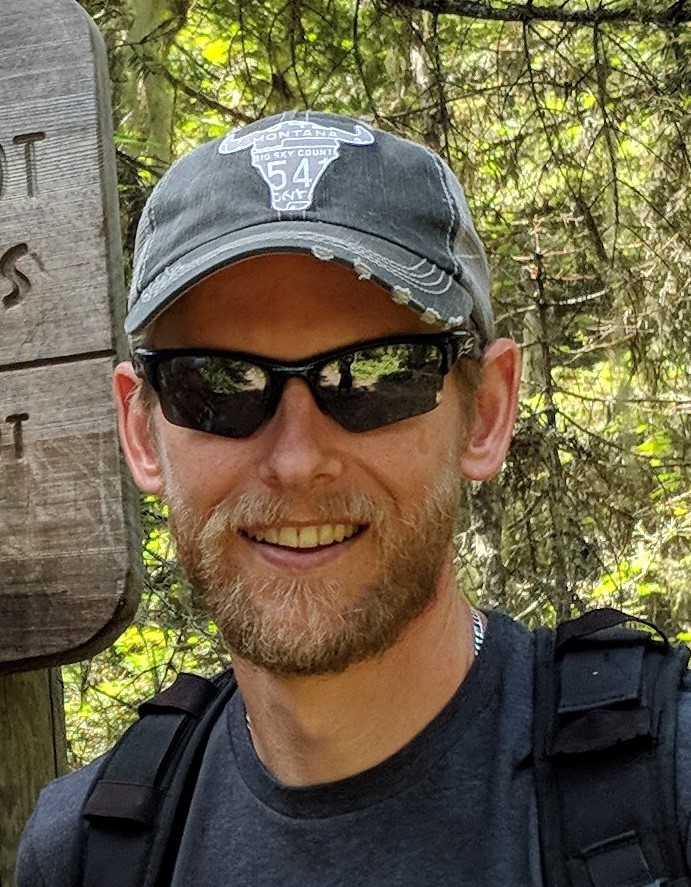 Chad is the Director and Professor of the Wildlife Biology Program at University of Montana. He just completed service as Past President of the National Association of University Fisheries and Wildlife Programs, and previously served five years on the Executive Board of the Colorado Chapter of The Wildlife Society and as President in 2004. He has been a member of The Wildlife Society since 1996 and is presently a member of the Biometrics, Native People’s Wildlife Management, and Nutritional Ecology Working Groups. Prior to his work at UM, he worked for Colorado Parks and Wildlife as the Assistant Director of Wildlife and Natural Resources (2012-2015), Mammals Research Leader (2009-2012), and Wildlife Researcher (1999-2009). He earned degrees in wildlife biology from Montana State University (BS, 1995), University of Idaho (MS, 1998), and Colorado State University (PhD, 2007). 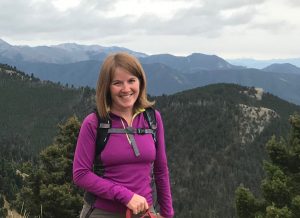 Originally from southeastern Wisconsin, Andrea received her B.S. from the University of Wisconsin-Madison and M.S. from the University of Florida. She worked for The Nature Conservancy before earning a Ph.D. at the University of Arizona. She was a faculty member with the Caesar Kleberg Wildlife Research Institute at Texas A&M University-Kingsville before joining Montana State University as an associate professor in 2011. Andrea and her students work to understand how animal communities and populations are influenced by various human activities, including invasive plants, altered disturbance regimes, and changes in land use.  She has worked on a variety of taxa–arthropods, herpetofauna, mammals, birds–selecting the taxonomic group that will best help to answer the question of interest. Through her work, she strives to collect information that can be used to develop practical solutions to ecological problems and help guide policy and management. Andrea really enjoys working with students and watching them as they develop into colleagues. 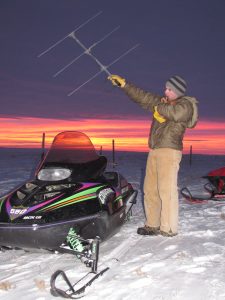 Andrew Jakes is a regional wildlife biologist for the National Wildlife Federation, based in Missoula. Andrew received his B.S. from James Madison University, VA (1998), and his M.S. at Towson University, MD (2001), where he studied beaver habitat selection at the Savannah River Ecology Lab, SC. Andrew then moved out West and worked several years for federal (NPS – Port Alsworth, AK) and state agencies (MT FWP, MT DEQ – Helena) on a variety of species and systems until starting his PhD on pronghorn movement ecology at University of Calgary, Alberta, which he completed in 2015. He was a post-doctoral researcher at University of Montana from 2015-2017, using multi-species approaches to study the effects of fencing on wildlife movement and habitat selection. He seeks to use science and collaborative approaches to guide implementation of on-the-ground efforts for wildlife. Andrew enjoys hiking and camping, hunting, playing the guitar and laughing with his family and friends. 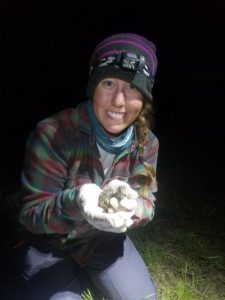 Heather Brower has been a Farm Bill Wildlife Biologist with Pheasants Forever in Scobey, MT since December 2017. Originally from Eastern Washington, she earned her B.S. in Natural Resource Science Emphasizing Wildlife Ecology and a minor in Forestry from Washington State University (2015).  After graduation she worked as a wildlife technician for 3 years working with Greater Sage-Grouse in Roundup MT, white-tailed deer in South TX, and Eastern Wild Turkeys in Northern Missouri. Now she works out of the Natural Resource Conservation Service (NRCS) office to find ways to improve wildlife habitat while helping keep farmers and ranchers profitable and on the land.  When not in the office, Heather enjoys bird hunting with her Brittany Spaniel and long-distance trail riding. 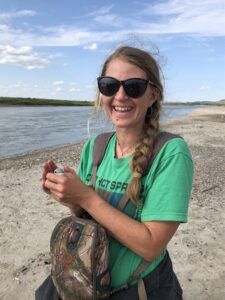 Originally from western Pennsylvania, Brandi received her Bachelors in Zoology from Ohio Wesleyan University (2004). She worked for the next six years as a technician and crew lead with multiple organizations including U.S. Geological Survey, Kentucky Department of Fish & Wildlife, Virginia Tech, and Science Applications International, moving her way west with each job, before earning her M.S. in Biological Sciences from Montana State University (2014). Since 2014, she has worked for Montana Fish, Wildlife & Parks as a nongame biologist in southeast Montana where she resides with her husband and ever-growing farm of animals. Brandi has always enjoyed participating in the Montana Chapter of The Wildlife Society. She is running for secretary to take a more invested role, learn how things work behind the scenes, and give back to such a great organization.

View a list of past MTTWS officers here (downloads an Excel file).